HAS were commissioned in 2015 to undertake a large-scale project on former Cadburys Factory site in Keynsham, Bristol. The work involved removing over 1500 linear metres of asbestos pipe lagging which had to be removed prior to demolition.Asbestos containing lagging materials was used to cover pipes during the 20th century due to its excellent thermal properties. It was widely used as insulation.

Asbestos containing lagging materials was used to cover pipes during the 20th century due to its excellent thermal properties. It was widely used as insulation.

Iconic chocolate and confectionary family company Cadburys merged with J.S Fry and Sons in 1919. Soon after their Bristol factory was moved from the centre of the city to Keynsham in 1935 to the new purpose built buildings. Keynsham was formerly the home of Cadbury favourites: Double Decker, Dairy Milk, Chocolate Buttons, Cream Eggs, Mini Eggs, Fudge, Chomp, Crunchie and Fry’s Chocolate Cream.

On 3rd October 2007, Cadbury announced plans for the closure of the Somerdale plant by 2010. It was in 2009 that the US corporation Kraft made a takeover bid for Cadbury Schweppes. When the takeover bid was announced, Kraft stated that they would keep the Somerdale factory open. However, only a week after the bid was confirmed, Kraft announced that Somerdale would be shut stating that Cadburys had already made too much progress in preparing the site to be closed, for it to be viable to remain open.

Somerdale Factory, located in South West England was closed by Kraft Foods in 2011. The site was purchased by St Monica’s trust and plans were propped to turn the iconic red-brick buildings into a modern retirement facility. The plans featured 120 assisted living apartments and a 105 bed care home facility. The £60 million development will become its fifth retirement community.

HAS began work on the site in 2015. The work involved over 20 staff and took over 12 weeks with a value of approximately £300,000.  The removal of asbestos pipe lagging from the factory pipes was done by using a mix of wrap and cut and injection removal. 35 enclosures were utilised in total throughout the works.

In total, HAS removed a total of 70 tonnes of asbestos from the site. This had to be removed and the areas fully cleaned before demolition work on the factory itself could begin. One of our supervisors working on site said: ‘It was amazing how strong the smell of chocolate was’ even though the factory ceased producing chocolate years before!

Plans for the rest of the large site also included 700 new homes, a new primary school, sports pavilion, employment space and other community facilities. The work commenced in May 2014 in Taylor Wimpey estimated that the work on the whole site would take ten years. Work on the Somerdale Factory was scheduled to be completed by Autumn 2017. 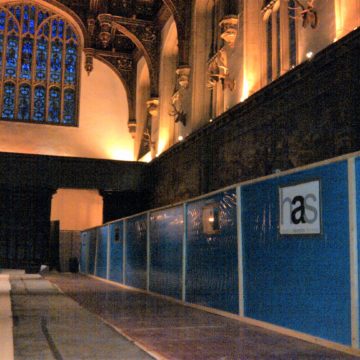 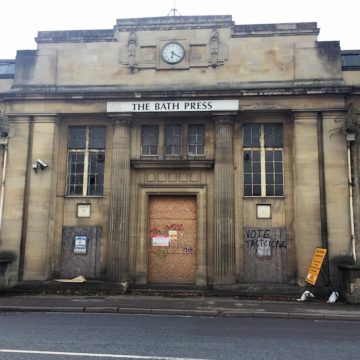